Fresh, bite sized pieces of theatre by talented British East Asian writers were served up alongside delicious Dim Sum and Chinese tea. From an unlikely friendship made at a wedding banquet to a family dinner party consumed with love, guilt and hunger; from a troubled man entering a quiet restaurant to a Butterfly yearning for love, the wide range on Yellow Earth’s menu provided something to suit every taste.

Dim Sum Nights was launched in November 2011 to showcase up and coming British East Asian new writing and directing talent. We took five of the audiences’ favourite pieces and extended them with our YLab process to create this fun and engaging new show.

Dim Sum Nights was presented in London and on tour across the UK last October/November.

Five plays were selected from the first Dim Sum Nights and hot housed in our YLab to create one show of five short plays by five writers and presented by five actors on a national tour to restaurants and studio theatres.

It was seen in London at the New World restuarant, The Albany, Tara Studio and Arts Depot
And on tour in Manchester, Newcastle, Birmingham and Oxford 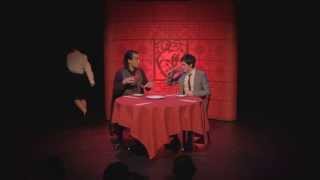 ‘a few mouth watering bites of dim sum dishes followed by a programme of five short equally tasty dramas….. Butterfly is beautifully played by Tina Chiang who is both touching and funny, engaging’

‘Incredibly enjoyable in a marvellous setting with fine performances from the cast playing complex and comical roles. Scenes were very well written and congratulations to the writers and directors. Dim Sum Nights left us wanting more…’

An evening of fresh, charming and amazingly varied entertainment… The stories are all fresh, all have a particular sense of quirkiness and yet they are all completely different… It would be well for aspiring theatrical professionals to see these people at work - they could learn something’